Doulas and patient-centered providers of all types have a well-placed desire to protect a woman’s confidence to cope with childbirth.

Birthworkers must navigate the topic of fetal position between a natural birth ideology and the medical research on posterior presentation.
I didn’t say we have to choose between natural birth and research, mind you. But we move from personal proclivity to interpreting complex and sometimes incomplete research from which to make sense of fetal position changes.
Social ideals for natural birth pull against the expanding variables of fetal rotation. My interest is to offer a functional understanding from which the doula and provider can discuss posterior position with parents and others in an empowering way.
You can read a portion of such a discussion with midwives in my article Posterior Perspectives in Midwifery Today, Issue 114, at https://www.midwiferytoday.com/enews/enews1716.asp#main
Rachel Reed, midwife and PhD, and insightful blogger of Midwife Thinking poses the fact that “most babies rotate” as ideology in Celebration of the OP baby,  “These situations only become problematic when we apply generalised expectations about how labour should be to an individual woman, baby and situation.” To quell the fear-factor risen about posterior fetal position over the last two decades, Catie Mehl from Ohio, and Angela Horn from Arizona, two active doulas doing good things for families in their communities promote the ideological viewpoint which seems, at first, to reject challenges due to fetal malposition. Each blogger seeks to cast fear from the examination of proclaimed complications about birth, through which stating concerns might alarm pregnant women: the large baby, the overdue baby, and in this case, the posterior baby. Their post at once acknowledges the risks of posterior, and rejects the advantage of proactive support of the woman’s  birth companion, or doula (doo-la), in  discussing activities to prevent or prepare for such a labor. Selina Wallis keeps a scholarly eye on posterior issues on her blog, Magical Birth. She did a fine job discussing  Catie and Angela’s conclusions so I will say less rather than more.
Our heroines claim their resistance to educating women is because evidence is lacking to support maternal position changes to rotate babies out of the occiput posterior position (OP). They propose doulas should not discuss OP as a concern in pregnancy with clients, as these have the “potential to influence how pregnant women perceive their preparation for birth and the experience itself.” For now, let’s look at the justification for discarding proactive preparation. The ideology over physiology argument rests on missing data points and over stating research conclusions. We’ve already established the value of these doulas in their community so we will follow this advice from Angela Horn with what might be missing from her assumptions.
“The research shows us that most babies will be OP at some point in labor, and the vast majority of the time it does not cause issues with the labor. When it does, we need to focus on the comfort of the laboring person rather than rotation, as there is no evidence to suggest maternal posturing will fix baby’s position, and most babies will rotate just fine on their own.”
Does the fact that “most babies” will rotate on their own is true, permit well meaning doulas to ignore those that can’t rotate for themselves in our discussions with pregnant families?  Sizer found 65% of OP babies rotated to OA and Lieberman found about 4 out of 5 posteriors rotated at each labor phase observed for fetal position.
Relying on the fact that  “most” babies rotates leaves, the 15-35% of babies that don’t rotate to potentially long labors with cesarean surgery, or as Angela Horn cites, uterine rupture and occasional death (Fantu). And though Lieberman shows 20% of posteriors turning to face a hip, 24% of those ended labor with a cesarean for deep transverse arrest.
Randomly posterior?
Lieberman’s 2005 study seemed to limit posterior studies to comparing ultrasound diagnosis to the doctor’s fingers until recently. If fetal position changes were random, then why study fetal rotation? The fact that Lieberman observed that 36% of the babies were OP at one time in labor is not equal to their requirement to be OP, or that some women’s pelvises must have an OP baby.
Assuming the wrong conclusion slowed research. The question should be, if one variable doesn’t explain the pattern of fetal position changes, what else might we explore?
Going back to the 1800s we see physician description of right obliquity of the uterus (Dakin). This anatomical normality of uterine shape then might be a variable in deciding flexion or extension of the fetal spine and, so, head diameter. Spinning Babies Workshops illustrate this possibility.

“It’s a hypothesis, GG. A hypothesis is a way of looking at the world to see if something you think about will work in that world,” Alton, my four-year-old grandson, told me while I tucked him in at bedtime after his Little Scientists class. 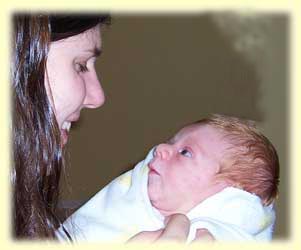 Conclusion
Neglect of prenatal and intrapartum care for the laboring woman and her posterior fetus may result from a lack of understanding on the part of her doula or provider in interpreting evidence. There is sufficient evidence to justify the doula and the provider offering non-medical, “physical theory” prophylactic strategies for the posterior fetus. Anecdotal evidence of a collection of concepts and techniques put forth as Spinning Babies is gaining popularity for comfort and resumed labor progress for posterior and undetermined fetal positions collected through the timestamped emails and posted Facebook testimonies. Increased understanding of the birthing baby’s rotations through the pelvis may come from combining variables in prospective research observations.
By rephrasing our advice to pregnant women away from concerns about fetal position, towards the enjoyment of bonding (“binding-in” in pregnancy), we are truly proactively preparing for easier childbirth. “Making room for the baby” replaces potentially trauma-inducing words like “uh-oh!” and “malposition” or “stuck baby”.  The diagnosis of fetal position becomes suddenly less vital. Meanwhile we are sensing and observing, guiding a pregnant women towards full range-of-motion for the best flexibility, mentally and physically, for the upcoming expression that is her birth.

Call to action: I need a research assistant to help prepare for studies who has office software skills and is in school for their doctorate or is post-grad. Email me at Gail@ you know the website! (robot dispelling email hint)