Breech then and now

Thirty one years ago I caught my friend’s breech baby in Omaha, Nebraska. I was thinking of this Monday with a group of midwives and doulas at the lovely Mommy Fitness Omaha with Julie Summers and Kelly Langfeldt of Five Stones Massage and Birth Services. Kelly invited me down to present a Spinning Babies Workshop to the now thriving Omaha birth circle.

My friend’s midwife was unexpectedly delayed on that night so long ago.  But I’d done my best to  prepare for just this contingency. She’d loaned us the resources she had; Williams, Oxorn, a booklet by Sheri Daniels, and the already popular Spiritual Midwifery by Ina May Gaskin and Farm Midwives.
The week before her birth, I’d called Sheri Daniels, Pamela Hunt at the Farm, and a midwife in Minnesota to gather words of wisdom. The consensus –get to the hospital and don’t do this at home! If the baby gets stuck the baby could be brain damaged or die. We were looking for hospital options.

My friend’s hospital option: cesarean surgery, ten day stay, no husband allowed to hold the baby until baby is home. My friend’s history: her aunt had her first baby breech at home with a veterinarian some decades earlier. My friend’s decision: stay home at all costs. 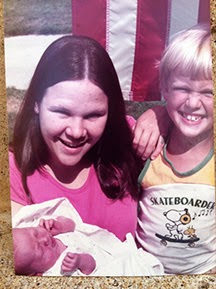 Now there is a change that happens in life between the waiting for and the holding of a baby. Her decisions were during the “waiting for” period.  My nights were spent on my knees after reading through the books again and again.

She found a willing doctor, who could take her on Monday when her insurance coverage could be changed over. Friday, this doctor tried to do an External Cephalic Version but the baby couldn’t turn with it. Her labor started Friday suppertime. In the wee hours of Saturday morning her little girl was born. Seven pounds of wailing wonder.

Today women face similar politics. Women struggle to find care in the hospital. Few doctors have breech skills. Few midwives have them either and those that do are generally home birth midwives without hospital privileges.

Today we have emerging breech skills. England is taking full responsibility to train doctors and midwives in breech skills and birthing women can find the options with a internet search or word of mouth referral. North of England Breech Birth Conference starts tomorrow in Sheffield on 27-28 September. My dear friend Jane Evans is speaking on the mechanisms and physiology of breech birth and Dr Frank Louwen will present on the dynamic benefits of “upright” maternal position for breech – the knee-elbow (very similar to hands-and-knees) for breech birth. I heard them in Ottawa in 2009 and know that breech lives have been saved for the goodness of their sharing their wisdom.

The three pillars of safe breech birth are:

With these beginning guidelines the rates of complications for breech drop dramatically. Frank Louwen will be sharing data from over 350 upright breech births in Frankfort. Babies get stuck far less often. When they do get stuck babies need a practiced provider to free most of them. Good luck only goes so far. Practice with a doll and pelvis until the techniques live in your hands.

I wish I were in England this weekend with Jane, Helen, Frank and friends. I’m grateful to my Omaha friends for starting me on this grand adventure I call Spinning Babies!